Lonely Corallite, or simply Corallite is the core of the game where the coral grows and the Friends circle. 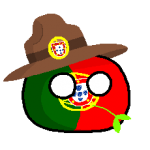 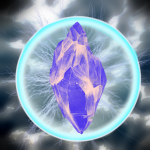